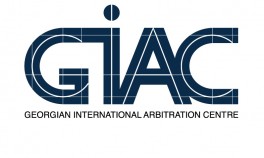 The ITA Arbitration Report is one of the largest electronic databases in the field of international arbitration and is available at KluwerArbitration.com, delivering timely reports on awards, cases, legislation, and other current developments from the various jurisdictions. In addition, ITA is a founding sponsor of KluwerArbitration.com.

As a result of the involvement of the Georgian International Arbitration Centre in the initiative, Georgian arbitral awards, as well as those court decisions that establish the important practices in the country, will be published on the website.